Nickname: Münsterplatzwurst, Queen of the Wursts

As you can see, the "Lange Rote" is like no other sausage. This red, skinless, grilled sausage measuring a full 35 cm long is an institution in our city. On the scale of popularity of Freiburg’s attractions, it’s on par with the Cathedral, the Bächle, and the Augustinermuseum – albeit in an entirely different category.

The birth of the Freiburg market sausage: In 1949, just shortly after the Second World War, baker Josef Föhrenbach began offering sausages from a kettle in addition to his baked goods. Two years later, when these sausages migrated from the kettle to the grill, they became very popular among market visitors. 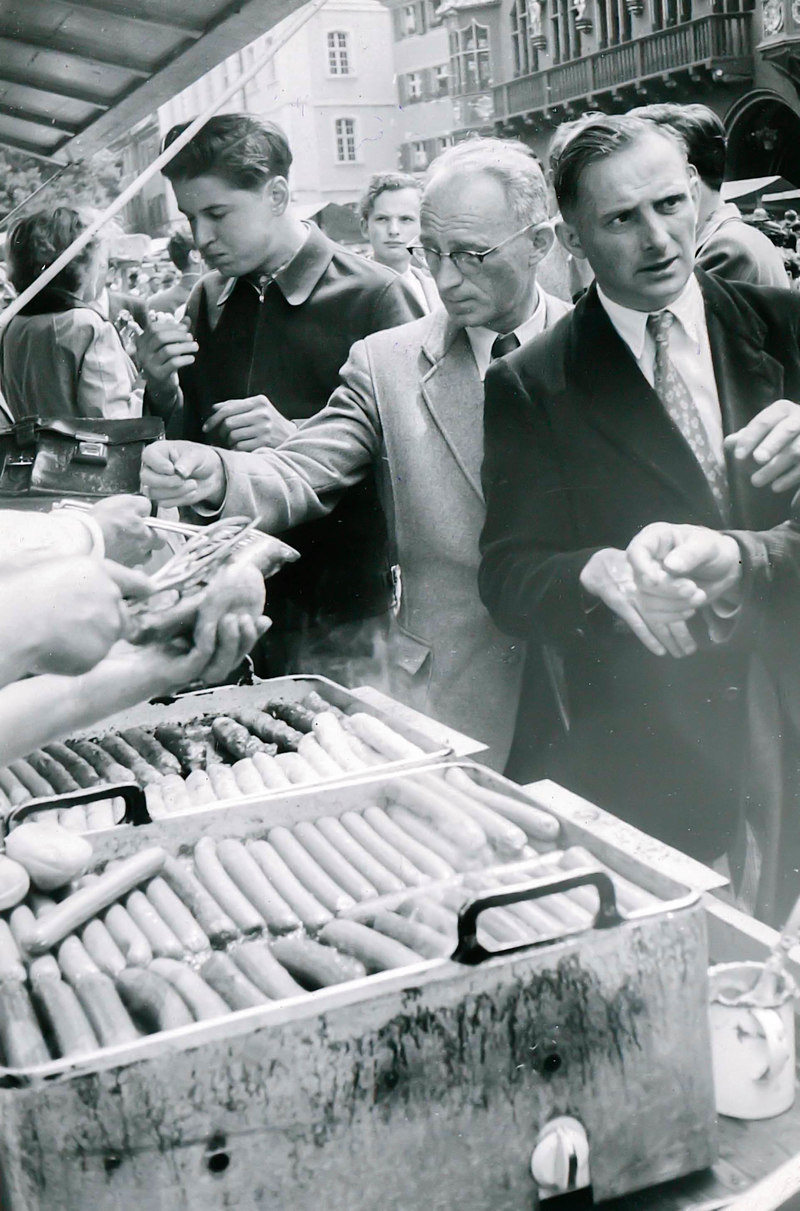 Even today, Freiburgers and visitors patiently queue up for the traditional barbecue sausage at the now seven stands in the Cathedral market. You’ll be asked “With or without onions” when you place your order, as Josef Föhrenbach began frying them together with the sausage back in 1951 for even more flavor.

The decision of “with” or “without” is a real question of faith among Freiburg's citizens. But one thing is clear: Those who order the "Lange Rote" bent in half (“geknickt”) will definitely give themselves away as tourists, as a true Bobbele (a native-born Freiburger) always eats their favorite sausage as a whole, even if it sticks out of the ends of the bread roll.

The Freiburg "Lange Rote" - so tasty, you’ll fall in love!

Wales’ slate landscape has been inscribed as a UNESCO World Heritage Site.